Jerome Powell sworn in as Chairman of Federal Reserve

This Monday Jerome Powell was formally sworn in as the chairman of the Federal reserve, and promised “vigilance” in response to risks to the financial system. 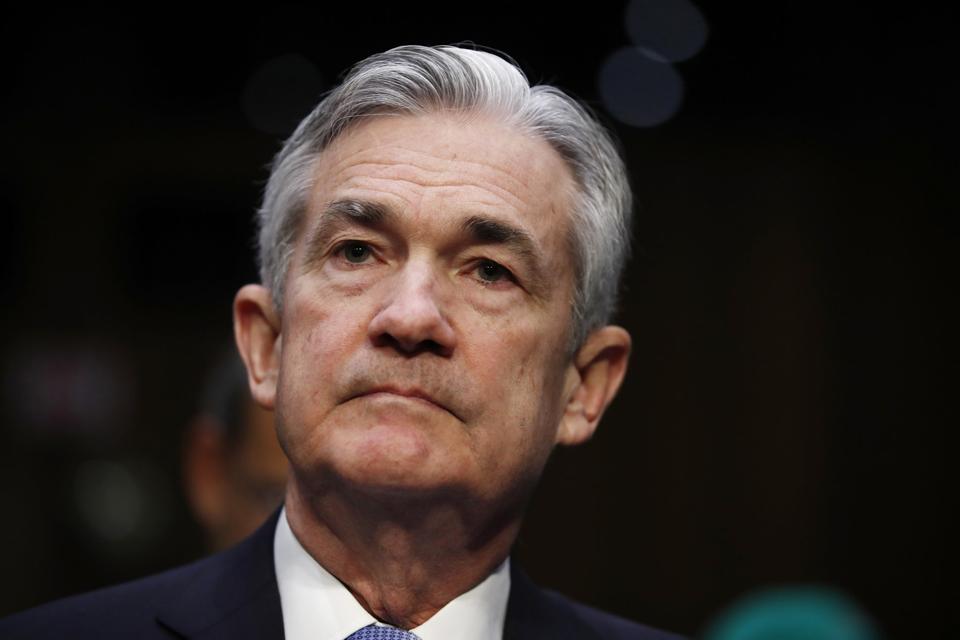 Jerome Powell, who was sworn in Monday as chairman of the Federal Reserve Board, says the financial system is stronger and more resilient than it was before the financial crisis. “We intend to keep it that way,” he says.(The Associated Press)

Powell succeeds Janet Yellen as the chair of the central bank and explained that he was committed to transparency to “explain what we’re doing and why we are doing it” as the bank hopes to sustain the ongoing economic recovery and oversee the nation’s financial institutions.

New Video by Chairman Powell: “My colleagues and I at the Federal Reserve will put everything we have into serving you and our country with objectivity, independence, and integrity.” https://t.co/NNOlOnUOzhhttps://t.co/wiyjZOBQOh

According to a video on the Federal Reserve’s website, “Today, unemployment is low, the economy is growing, and inflation is low,” and the central bank’s goals included promoting stability, stating, “Through our decisions on monetary policy, we will support continued economic growth, a healthy job market and price stability.”

According to Powell, “the financial system is now far stronger and more resilient than it was before the financial crisis and we intend to keep it that way”

Jerome Powell was announced as the successor to Yellen in November, and has been a member of the Federal Reserve board since 2012, and is a visiting scholar at the Bipartisan Policy Center in Washington, was a partner at the Carlyle Group from 1997 through 2005, served as assistant secretary and undersecretary at Treasury Department during the George H.W. Bush administration.

Mr. Powell is the first Fed chair in 40 years who does not have a degree in economics, although his work experience in the financial sector has provided him with insights into market operations, and worked at Wall Street investment bank Dillon, Read & Co. after graduating from law school in 1979. Powell is an alumnus of Princeton, and of Georgetown Law, and is a native of Washington.

However according to Seth Carpenter, Chief United States economist at UBS, and a former co-worker of Powell’s at the Fed, stated that there was nothing to worry about Powell’s lack of formal education in economics, and described that while Powell would ask the Fed economists long lists of questions, over time his question lists became shorter.

Powell has been quoted regarding economics that:

“Simple policy rules are widely thought to be both interesting and useful but to represent only a small part of the analysis needed to assess the appropriate path for policy. I am unable to think of any critical, complex human activity that could be safely reduced to a simple summary equation.”

Some of Powell’s policy positions include support to require regulators to apply cost-benefit analysis to vet proposed rules, and to improve analysis of the costs associated with regulations to make it “no more costly than it needs to be”.

He also has pushed back against proposals to lower the reserve requirements of banks which would allow big banks to borrow a larger share of their funding, which he stated would weaken the financial system.

Powell wants to overhaul the Volcker rule, which is intended to limit financial speculation, but many fed officials think is burdensome.

Powell is expected to continue the trajectory that his predecessor Janet Yellen set to increase Treasury yields, taper off quantitative easing, and has been described as a “Republican Janet Yellen”.

In a statement from his nomination in November, Powell stated,

“Regulation should always take into account the impact that it has on markets — a balance that must be constantly weighed,” he said. “More regulation is not the best answer to every problem.”

Some worry that the economy is beginning to show strain as stocks dipped 4% on Monday, however, whether this is indicative of a change in the trajectory of the economy overall is unclear.

However, economists and former coworkers are optimistic about Powell’s ability to steward the economy. According to a statement given to the New York Times by Deborah Perelmuter, former head of the domestic trading desk at the New York Fed,

Mr. Powell “was impressive to me because he thought clearly and he didn’t jump to conclusions,” said Deborah  who watched Mr. Powell hammer together a consensus on the necessary changes — including the replacement of paper slips with electronic bidding. “He seemed to have his head on straight.”