President Trump addressed Congress in his first State of the Union. The State of the Union address began with an optimistic intro reiterating the President’s message of making America great again for all Americans, and recapping some of the events that the nation faced in the last year including the Las Vegas Shooting, and Hurricane Harvey.

The President also made an effort to highlight the controversy regarding standing for the national anthem, an issue that saw some Democrats visibly disturbed during the speech, including Nancy Pelosi and Bernie Sanders who both remained seated while other members stood to applaud.

Members of the Congressional Black Caucus wore black suits, and some of the women in the Black Caucus wore brightly colored shawls they planned to wear in solidarity with Democratic women supporting the #MeToo anti-sexual harassment campaign.

“The State of the Union is strong because our people are strong”, the President stated.

This sentiment of unity was echoed as Trump stated he is “extending an open hand to work with members of both parties, Democrats and Republicans, to protect our citizens, of every background, color, and creed.”

“We have endured fire, flood, and storms, and solidified the steel in Americans’ spine”.  The President also gave nods to Coast Guard and Firemen who assisted with the aftermath of Hurricane Harvey, and the fires in California.

Compliments were given to “The Legend from Lousiana” Steve Scalise, who earlier this year was the victim of a shooting in DC.

President Trump praised the job growth in the past year, citing 200,000 new manufacturing jobs, and citing rising wages, low unemployment and low unemployment in the Hispanic-American and African-American communities.

He also spent time touting the benefits of the tax plan and how it benefits families earning less than $50,000 annually, and the repeal of the Obamacare individual mandate provisions. The Tax plan will “provide tremendous relief for the middle class and small businesses.”

As expected, infrastructure investment was a major part of today’s speech, with the President asking for $1.6 trillion in additional state, local and private funding to devote toward roads, bridges, and other infrastructure. “I am asking both parties to come together to give us the safe, fast, reliable, and modern infrastructure our economy needs and our people deserve,” the president stated.

“America is a nation of builders. We built the Empire State Building in just one year — isn’t it a disgrace that it can now take 10 years just to get a permit approval for a simple road.”

The President’s infrastructure plan hopes to leverage federal spending with state and local resources as well as public/private partnerships to bolster the development of our infrastructure including reforming the permit approval process to reduce the process to 2 years or less to “rebuild our building heritage”.

On immigration, the president stated that “Struggling communities, especially immigrant communities, will also be helped by immigration policies that focus on the best interests of American workers and American families.”

“Americans are dreamers too”, the President remarked regarding his immigration plan.

The four-part plan gives a path to citizenship for the 1.8 million children and young adults who were a part of DACA, and creates a 12-year plan for individuals who meet work, and education requirements to become citizens. The second part of the plan secures the border through the construction of the wall. The third part of the plan involves reforming the visa system to make a merit-based immigration plan. The fourth pillar of the plan is to end chain migration into the United States.

Regarding foreign policy, the President took a strong stance, stating that “past experience has taught us that complacency and concessions only invite aggression and provocation. I will not repeat the mistakes of past administrations that got us into this dangerous position.”

The President also addressed the Opioid Crisis, and Drug Epidemic to provide access to treatment. “These reforms will also support our response to the terrible crisis of opioid and drug addiction. We must get much tougher on drug dealers and pushers if we’re going to succeed in stopping this scourge.”

The President stated that he wants to end the Defense sequester, and increase funding to the military and touted the recent victories against ISIS.

“Last year, I pledged that we would work with our allies to extinguish ISIS from the face of the earth. One year later, I’m proud to report the coalition to defeat ISIS has liberated almost 100% of the territory once held by these killers in Iraq and Syria. But there is much more work to be done. We will continue our fight until ISIS is defeated.”

The President spoke of continuing operations in Guantanamo Bay to detain captured terrorist operatives, a reversal of a directive from President Obama to shutter the camp.

Another guest to the address was a former North Korean citizen, Ji Seong-Ho, a former refugee, amputee, and torture victim who now broadcasts information to North Korea from Seol. “Finally, we are joined by one more witness to the ominous nature of this regime. His name is Mr. Ji Seong-ho.” The President stated, as he told the story of turmoil Seong-Ho took to escape North Korea into China, his capture and torture by the North Koreans, and his eventual escape.

“It’s the people who are making America Great Again” was among the final comments of the speech before the President closed his address.

Overall the President gave a powerful address that hammered his key policy points on the economy, immigration, foreign policy, and paying homage to our service members, and like other SOTU addresses before him aimed to spur bipartisanship and cooperation, and unity while also showcasing his administration’s policy objectives.

The address also included several powerful emotional testimonials from service members, and a defector from North Korea which served as rhetorical tools to invoke pathos and ethos from the crowd.

Interestingly, throughout the address Democrats including Bernie Sanders, Nancy Pelosi, and members of the Black Caucus seemed visibly disturbed, not standing for some of the ovations, or giving muted or unhappy facial expressions.

Bernie Sanders watching the #SOTU like me watching Anime with the subtitles off pic.twitter.com/NXOSjjqG6W

Kennedy also included a message in Spanish, “You are part of our history. We are going to fight for you, and we are not going away”.

Comically enough, it seemed to some that Kennedy was either drooling or wearing shiny lip balm, something that distracted from his overall message. 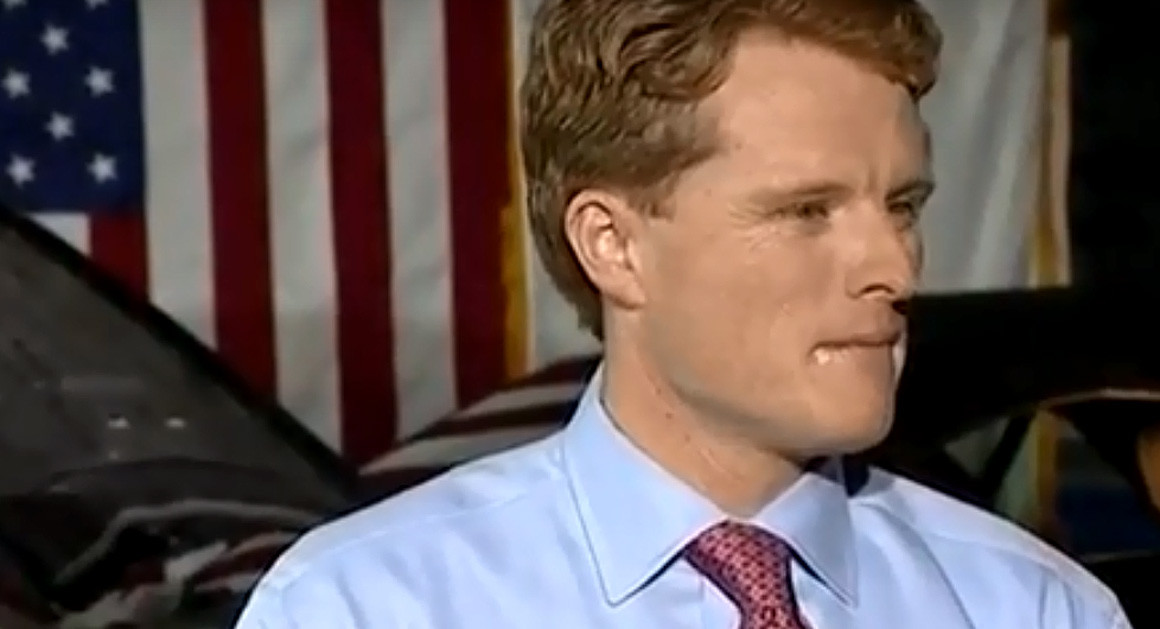 Some including Linda Sarsour, echoed the sentiments of Kennedy and considered the SOTU address to be xenophobic, while the CATO institute and libertarian institutions praised some aspects including economic policy and foreign policy, but criticized the Wall as a border enforcement strategy.

Trump’s words on immigration were xenophobic, full of lies and fear mongering. Shame. We stand with our immigrant neighbors and families – regardless of their status. #SOTU

A Wall Is an Impractical, Expensive, and Ineffective Border Plan #CatoSOTU https://t.co/15cCfj5SEM via @CatoInstitute